“When are we going to get there?” That was the refrain from the way far back of the burgundy and wood panelled station wagon in the early 80’s. Sometimes the long arm of the law – aka Lloyd – would swat backwards directing us to “cool it” or “don’t make me stop this car”. We drew imaginary lines and shrieked when someone brushed across them. We played Thriller so many times my parents finally banned it.

The refrain in Ole Smokey is “Can I watch a show?” In fact that has become the first thing out of either offsprings mouths most mornings. Simultaneously sinking my heart and revving up my anger. It seemed the perfect solution to the long hours we were going to have to log between days spent in campsites exploring and hiking. But the screens have taken over on this impossibly long leg between Upper Lake Superior through Manitoba into the Prairies and finally west into British Columbia. We alternate between strict adherence to the “rules” which can change depending on either of our moods and navigating needs. We have taken to driving late into the night so the children sleep but then we all wake up disheveled and off kilter needing comfort which they seek in the screens. “What exactly do you think the take away from this year will be?” We wonder to each other torn by the fact that Anderson is missing his friends more than we anticipated and is not particularly captured by the awe inspiring (at least to us) landscape whizzing past his window. We have pushed books, audio books, art supplies, car games and all are successful but never for both children. And honestly,  the sweet sweet silence of two children plugged in is like a drug – peaceful and drifting until the dragon of withdrawal raises it head. So we vacillate between the tears and recriminations of being SOOOO BORED and the looping whining I WANT TO BE ON A SCREEN with the shoulder dropping silence into which we have enjoyed watching Canada unfold.

We have traversed the jaw dropping beauty and poverty of Ontario and into Manitoba. The stark contrasts of black spruce trucks and limbs covered in sunshine yellow needles, dark green pines and firs with a dusting of snow making them look outlined like a Keith Haring brought to life. The ditches carpeted with short red bushes and straw. One time the trees part to reveal a dark pond surrounded by the fall colours with two giant Snow White swans floating in the black water their images mirrored beside them. Walls of rose coloured quartz with thick white marble slabs layered with blue tinged with grey and deep dark green and black where the water runs over it. Then past piles of tires, so many burnt out motels, rusted cars, graffiti covered boards. On one of our panicked highway side pee stops we find a beautifully braided branch discarded in the ditch. Just an other reminder of whose land this really is and the gold mine we will pass an other reminder of how poorly we have taken care of it.

We stop for an aquatic centre break in Marathon – and eat at the Chinese restaurant – Anderson is thrilled to find authentic pepperoni pizza spring rolls. The camper is already a far away dream like something that happened to an other me even as it follows dutifully behind us folded flat and slick with ice. The faceless motor lodges are surprisingly comfortable and inadvertently hipster with polished pebble floors and exposed brick. We raid the free breakfasts to make peanut butter sandwiches for lunch.

As we fly into Manitoba I can’t even keep up with all the colour and texture combinations, smokey green beards dangling off thin black twigs, feathery yellow needles, deep purple leaves with silver undersides. Intermittent burned out flats with lonely charcoal pines surrounded by pale green scrubs climbing out of the red and black ground. Rock disappears the ground flattens and suddenly electrical poles stretch in a perfect line to the curving horizon under the wide flat sky.

We cross THE LONGITUDINAL CENTRE OF CANADA and then into Winnipeg “the heart of the continent”. The tag line makes me snort but proves so very true. I have Chris drop me off at my dear friend Kalyn’s riverside house and so he can take the kids to yet an other aquatic centre. I pretty much leap out of the still moving Ole Smokey so eager to get away from the demands for screen time and the divorce making navigating.

There I find the heart – nothing like an old friend who sees and knows the inside of you – even though we have lived lifetimes apart with marriage, children, jobs, losses and success, different cities – somehow we are still 17. We can talk for hours – just like we used on landline phones with the curling cord pulled taunt into the relative privacy of the downstairs bathroom. Such a warm and safe harbour to laugh and cry in and feel myself shoring up for the next push. I’m not a bad person I’m just bad at google maps. 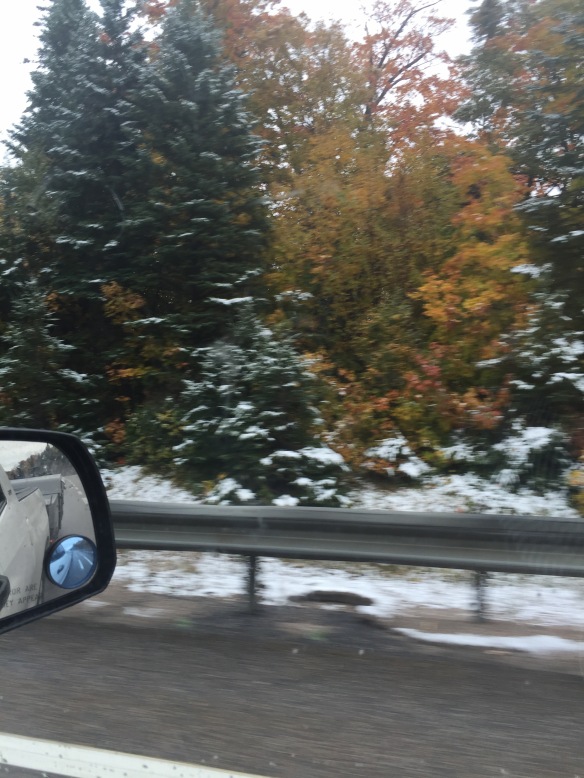 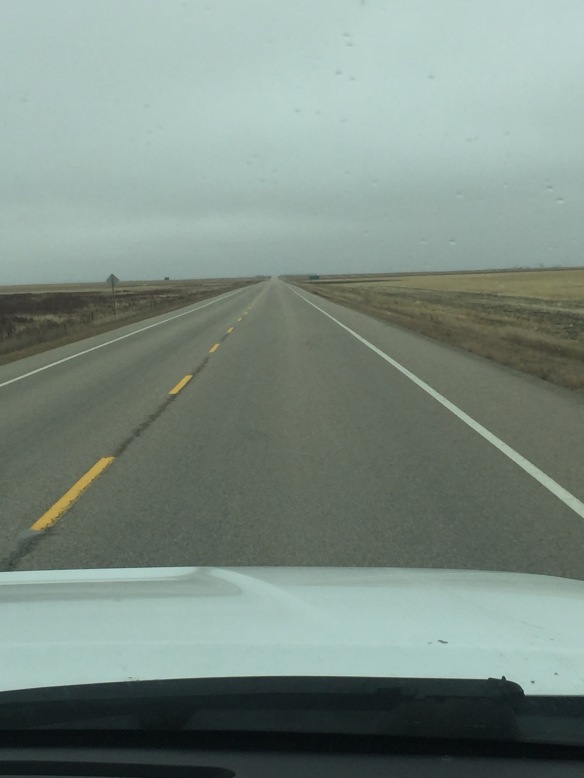 Sabine helps put the sugar in my coffee

Just a splash of the fall colours highlighting the contrasts

Braided wood discarded in the ditch

2 thoughts on “The Longitudinal Centre”