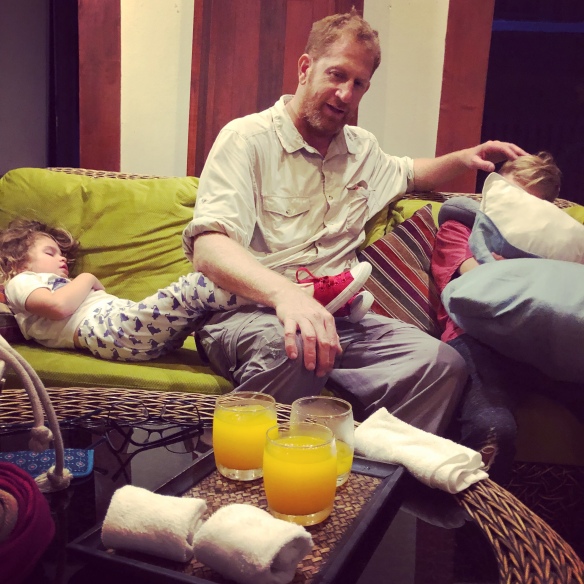 Too wiped out from travel to use the cool clothes or even to drink the tang! 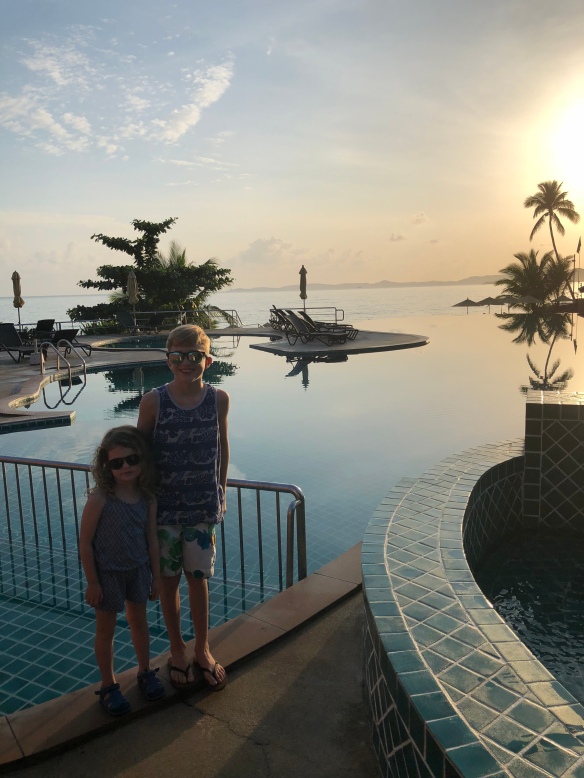 Infinity pool at 6am 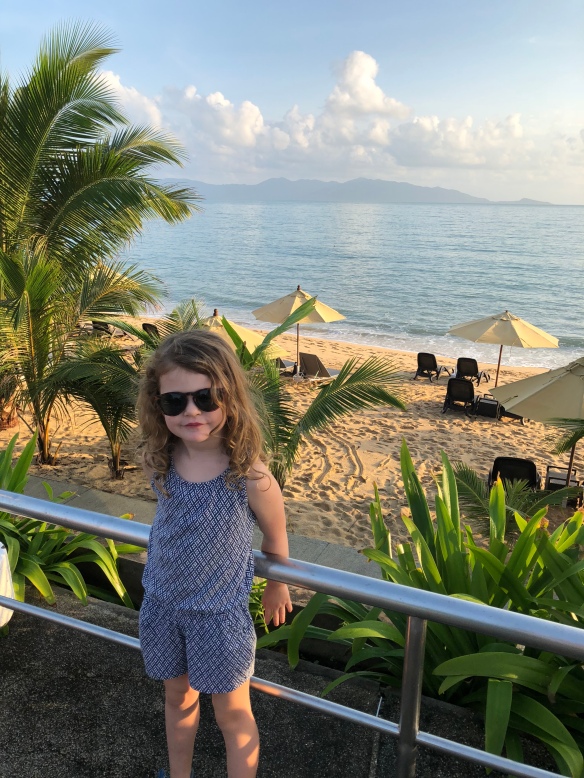 All of a sudden she is bigger!! 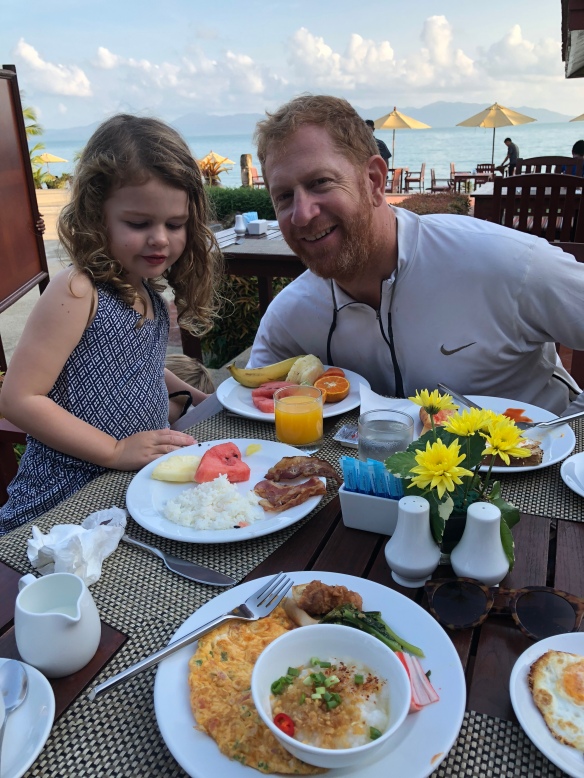 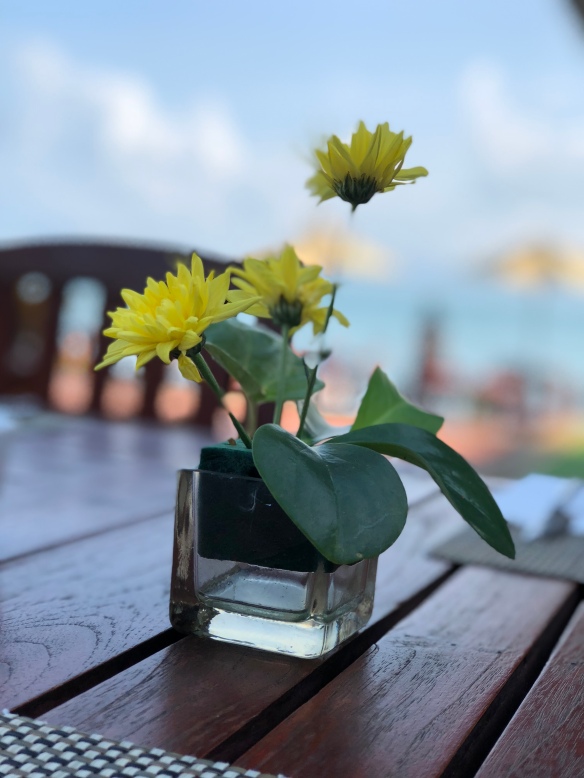 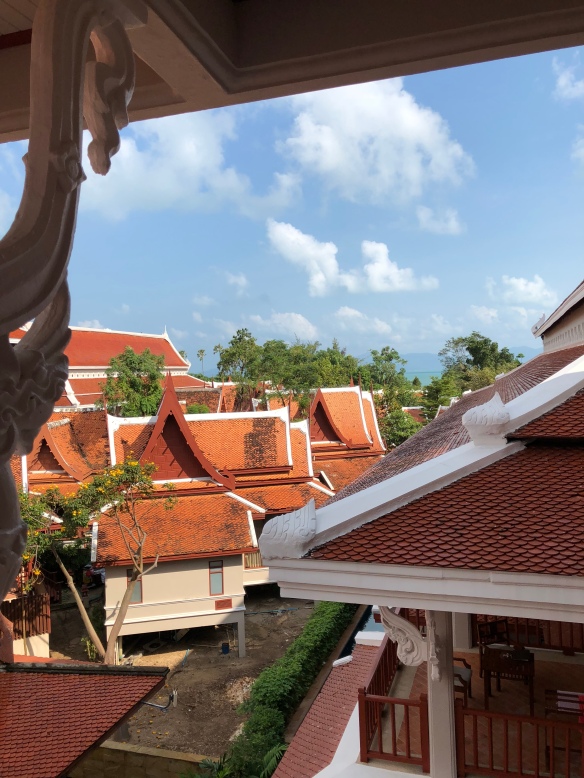 The view from our balcony 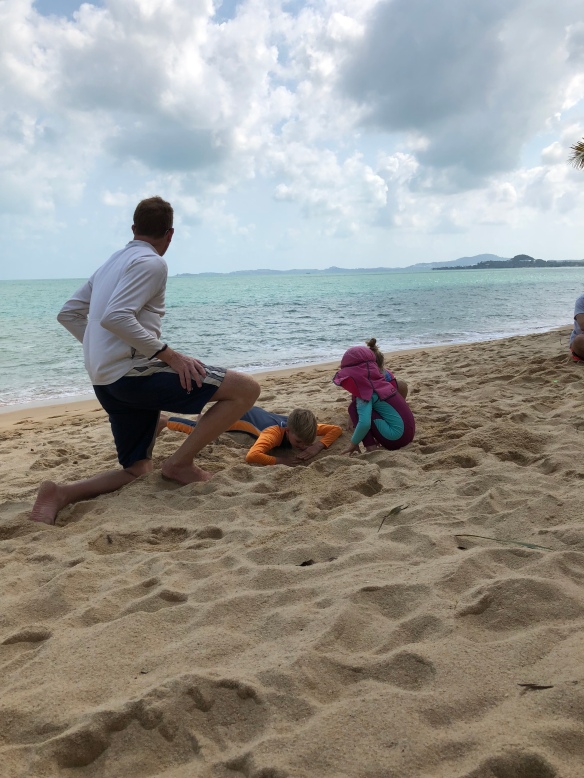 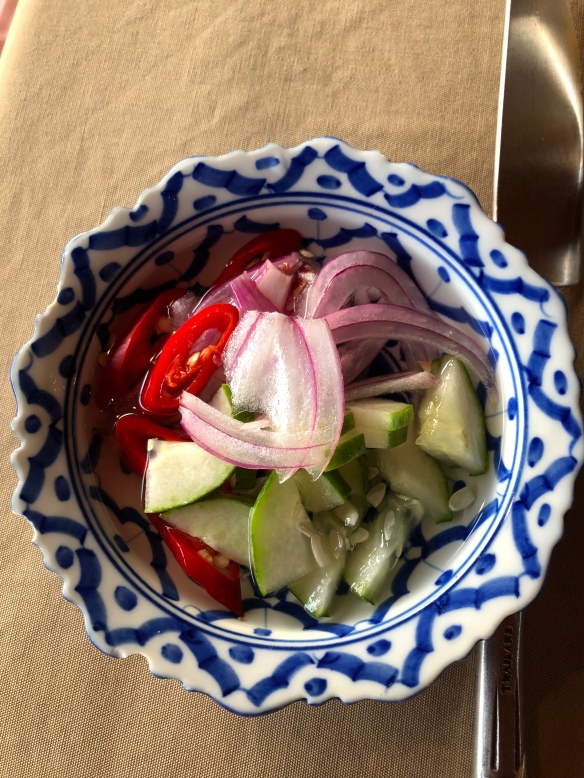 Garnish for our curries and satays – sigh 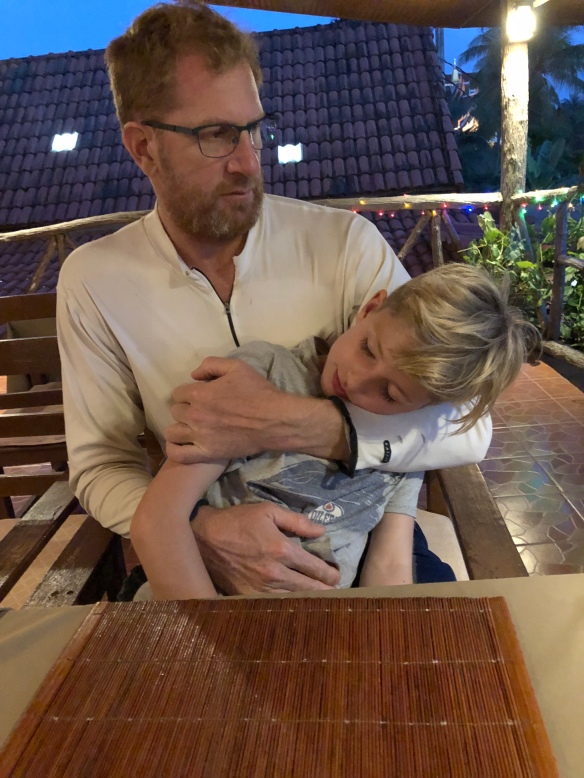 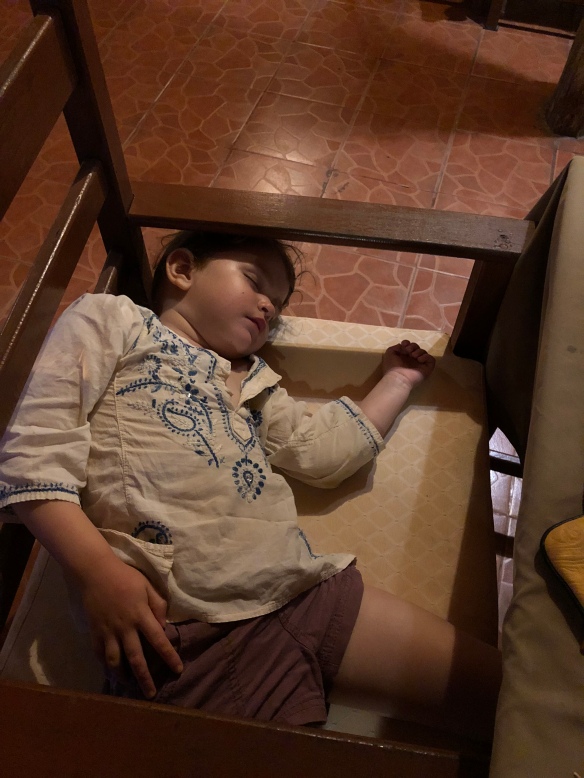 It is 430 am here and I’m WIDE awake – but at least the kids are sleeping – unlike last night when they both woke up at 2:30am- hungry and ready to go. Chris ended up feeding them crackers and water and I buried my head convinced they were now going to be up for good but we all managed to fall back asleep until 5:30. We were able to wander around and and explore and be exactly on time for when the breakfast started at 6:30. And what a breakfast – essentially my dream breakfast – a full two room buffet with thai food and western food and an egg station – a bread and croissant table – a salad bar and a fruit bar oh and a dried fruit bar. I am never leaving – never leaving breakfast. We sat outside overlooking the surf and the beach with Phangan Island shimmering in the distance. Then we spent the day mostly lazing about – tried to go for an explore but we were thwarted by the kids. As usual the Thai people are so incredibly gentle and friendly. The resort is filled with Russians and Germans so there is a lot of aubergine hair and quite a few speedos dotted about the pool. I recognize all the words from all the songs wafting out of the restaurant across the beach but the tempo is off and the singer sounds like Dido with a German accent. Slowed down Madonna, The Police and Cold Play. The water is cooler than Costa Rica which means it’s just bellow body temp and is actually refreshing but it’s windier and cooler on the beach. I think the kiting will be extraordinary and I mention this but Chris doesn’t seem as pumped – it must be the jet lag. Plus I don’t think he wants to have high expectations that get dashed. He has been waiting to kite for months so I’m really excited for him. We tried to walk around to find a more “authentic” place for dinner but the kids were having none of it – by 5pm they were done forcing us to stop at the resort next door – named Harry’s – so clearly Thai. We sat on the balcony with giant trees growing through the floor and carved snakes holding up the roof – the kids food came out quickly – I foresee a lot of satay in their future – and our food was spicy and delicious. I’m so excited to eat here! Sabine passed out about 2.8 seconds after putting her fork down but Anderson managed to stay awake for bananas flambé and ice cream. Literally two whole bananas on a plate with some syrup of sorts – the waiter comes out and drizzles a shot of white rum over it and whips out a bic lighter and sets it a flame! Hilarious. We pay and are all in bed and passed out by 7:15. Today’s goal will be to leave the resort and explore – and teach the kids some basic Thai history. I have been drilling into them how to properly great people hands clasped in prayer, eye contact – smiling and bowing while saying sawahdeekah – but it’s still too foreign for them to be able to do with out feeling self conscious. Sabine just sticks her fingers in her mouth and buries her head into my leg.

Leave a Reply to B Hayter Cancel reply